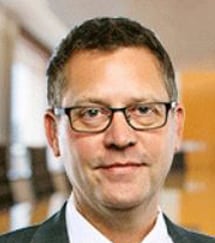 After working several years as a litigation paralegal, Matt attended Florida State University College of Law, where he graduated with highest honors in 2002.

During law school, Matt earned 14 "book awards" (for the highest grade in a course), worked as Professor Charles Ehrhardt’s sole research assistant, served as senior articles editor for the FSU Law Review, clerked in private practice, and helped raise two young daughters. Matt has twice served as an adjunct professor to the FSU School of Criminology, teaching a graduate course on criminal law and individual rights. He belongs to the Order of the Coif.

Matt joined the firm in 2004 and became a shareholder in 2009. His practice has focused on complex litigation and trials. He has been peer-nominated and selected as a Florida "Super Lawyer" each year since 2009. He is rated "AV" by Martindale-Hubbell. He is a member of the Florida Bar, is a former member of the Bar’s Code & Rules of Evidence Committee, and is a current member of the Florida Supreme Court Standard Jury Instructions Committee (Civil).

He writes a regular Evidence column for the FJA Journal. For several years, Matt chaired the legal review panel for the ACLU of Northwest Florida and he currently serves on the board of Emerald Coastkeeper, Inc.

With his two daughters now away in college, Matt lives in Pensacola with his wife of 27 years and several cats. In his spare time he plays bass, enjoys gardening, and loses chess games.