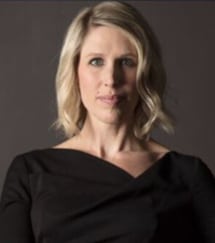 After years of advocating for accused individuals in the criminal justice system, Michelle now focuses her practice on representing victims and individuals who have been injured or wronged by companies and institutions in the civil court system.  Michelle represents victims of crime in civil lawsuits around the United States.  She was one of the first attorneys to file a lawsuit connected to the October 2017 mass shooting in Las Vegas.

A former world-ranked athlete in slalom water skiing, Tuegel uses that same competitive drive and intensity to champion clients’ cases and ensure their voices are heard.  She recently represented former U.S. national team and Olympic gymnasts and college athletes who were sexually abused by the Olympic team’s former doctor, filing suits against the United States Olympic Committee, USA Gymnastics and Michigan State.  A number of Tuegel’s clients are part of a $500 million global settlement reached with Michigan State on behalf of survivors.  She is also currently representing survivors of sexual abuse connected to the Catholic Church and the recent sexual abuse scandal at the University of Southern California.

Tuegel is a frequent voice in the media, from CNN to USA Today.  She lectures nationally about Title IX representation, trying and handling sexual assault cases, mitigation and jury selection.  Michelle was named to The National Trial Lawyers’ Top 100 Trial Lawyers list and Top 40 Under 40, and to the Texas SuperLawyers Rising Star list for 2015-2018.  Michelle was also included in the Texas SuperLawyers Rising Star list "Up and Coming Top 100 Lawyers" and "Up and Coming Top 50 Women Lawyers."