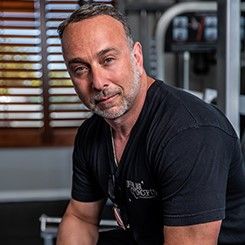 Adam has over 22 years of experience in entertainment, multi-channel media distribution, and client development. Starting OpenJar Concepts, Inc., (“OJC”) 13 years ago with partner Reno Renaldo out of his home office, Adam has made a career out of creativity, integrity, relationships, and relentless determination to win.

OJC has found numerous areas of success and has created an infrastructure based upon proprietary technology in TrafTrack®, a well-known and unique tracking, reporting and lead aggregation system. Additionally, it maintains a robust and registered trademarked and branded campaign library used in verticals ranging from Single Event to Mass Tort. OJC/TSG have built campaign reach into a media agnostic universe enhancing legal marketing exposure to tv, radio, out-of-home, print as well as explosive growth in various digital platforms. The company is seeing rapid uptick in their full-service agency offerings, providing creative applications that are rich in design such as brand management, graphic design, and creative/production worthy of 4 Golden Gavel awards to date.

Throughout his career, Adam’s expertise has been called upon countless times for speaking engagements ranging from direct-to-consumer conferences such as LeadsCon to various Mass Tort conferences such as the National Trial Lawyers Summit to Mass Torts Made Perfect, to contributing to legal marketing books and blogs on major mass tort or legal based websites. Additionally, Adam has contributed to broadcasted interviews regarding Mass Tort marketing and key strategies to reach the market of the most respected lawyers in the country.

Prior to OJC, Adam helped build an unwired media network for a California based firm focused on performance driven calls in TV, bridging relationships with more than 1000 media outlets. He has worked with various media types to develop a deep understanding of multi-channel distribution thus enabling alternative channel reach such as Spanish TV and Radio, International Media, Mobile Marketing, Online, VOD and other interactive platforms.

Adam has worked extensively with many Long and Short Form advertisers, from a pure DR perspective to Hybrid Brand/DR and pure brand as well. Adam's advertising career started in national advertising sales where he developed the first D2C group of TeleRep - Los Angeles, a television ad sales rep firm. Over a 3-year period, he cultivated relationships with a vast network of broadcast affiliates from major network brands including CBS, FOX, CW, ABC, NBC, Independents and others. Many of these stations included several top 10 DMA broadcast affiliates which generated DRTV group sales of an average of $32MM annually. Additionally, Adam consulted to other offices around the country, within all levels of management, as well as COX Corporate Marketing &new business development managers on D2C operations.

In 2003, Adam worked with the Direct Marketers Advertising Community in LA, whose core focus was to network and exchange ideas among the Direct Response marketers throughout Southern California. He served on the Board of Directors as VP of the organization through 2005.