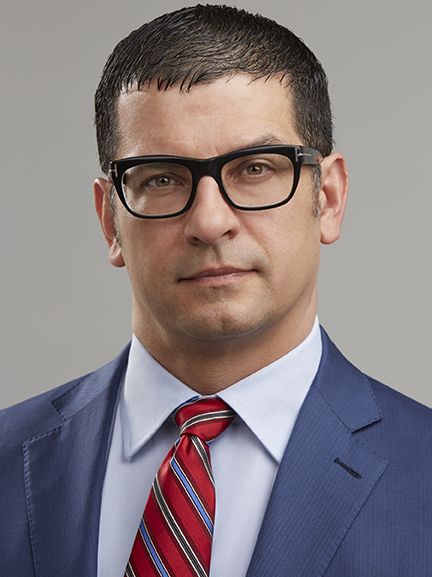 Mr. Goudarzi is also a member of the American Association for Justice, the Million Dollar and Multi-Million Dollar Advocates Forum (since 2013), the Honorable T. John Ward American Inn of Court and the Upshur County Bar Association.

Mr. Goudarzi is honored to have been invited, and proud to serve, on the Association of Plaintiff Interstate Trucking Lawyers of America (“APITLA”) National Advisory Board—a team committed to achieving a substantial reduction in the thousands of traffic deaths and injuries that occur each year on America's highways that are caused by unsafe trucking companies who choose to operate in violation of the Federal Motor Carrier Safety Regulations.

Mr. Goudarzi’s practice is devoted to the representation of victims in catastrophic injury and wrongful death cases, including commercial trucking and auto negligence, products liability, workplace injury and premises liability. His law firm has represented over 17,000 people. Mr. Goudarzi is admitted to practice in all State Courts of Texas and the United States District Courts for the Eastern and Northern Districts of Texas.

Mr. Goudarzi has tried cases all over the state of Texas and has secured record jury verdicts in Upshur County, Gregg County, Harrison County, Dallas County, Hopkins County, Marion County, Harris County, Camp County, Titus County, and Smith County. Additionally, he has achieved historic and record settlements throughout the state. In 2015, Mr. Goudarzi negotiated the 5th, 13th and 17th largest settlements in the United States and the 3rd, 4th, 6th, 11th and 16th largest settlements in Texas. Most recently, in July 2019, Mr. Goudarzi secured the largest single plaintiff settlement in American history—$140 million. Mr. Goudarzi’s successes have not gone unnoticed; even by his adversaries. Lawyers who have been opposite Mr. Goudarzi in lawsuits and witnessed first-hand his tenacity and advocacy skills often refer Mr. Goudarzi clients, including their own family members.