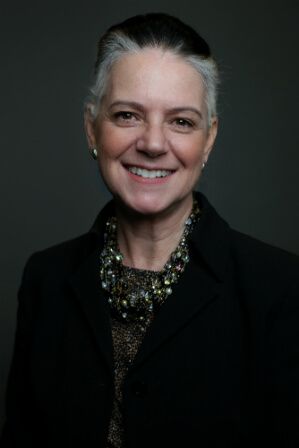 Jayne Conroy is a named shareholder at Simmons Hanly Conroy and oversees practice areas in the Complex Litigation Department. Under her leadership, the firm has become one of the country’s largest plaintiff law firms dedicated to helping those injured by corporate wrongdoing.

With a legal career spanning more than three decades, Jayne has earned a superb national reputation as an elite trial lawyer, skilled strategist and decisive negotiator. She has consistently helped secure billions of dollars in verdicts and settlements for thousands of individuals, families and communities in numerous courtrooms nationwide.

“We are a threat to defendants because we are everywhere,” Jayne said while talking about the depth of experience in her department. “They know they have to deal with us, and we are prepared to try cases.”

Jayne focuses her practice on helping plaintiffs exclusively in mass torts, class actions, product liability, pharmaceutical and sexual abuse litigation. She serves or has served on dozens of court-appointed leadership committees in complex legal actions of national scope. These complex mass tort cases, called multidistrict litigations or MDLs, involve thousands of cases originating from state courts around the country and consolidated before a single federal judge.

Jayne’s legal track record demonstrates her stature as one of the preeminent litigators of the nation’s plaintiffs’ bar. National legal publications and well-respected legal organizations recognize this fact. In 2019, Jayne was inducted into the National Trial Lawyers Association’s “Trial Lawyer Hall of Fame” and elected as a member of the exclusive American Law Institute.

The National Law Journal recognized her in 2015 as one of the nation’s “Outstanding Women Lawyers.” Law360, a primarily defense-oriented publication, also recognized her consecutively in 2016 and 2017 as a legal “MVP for Product Liability Law” for her work on the DePuy Pinnacle hip replacement trials.