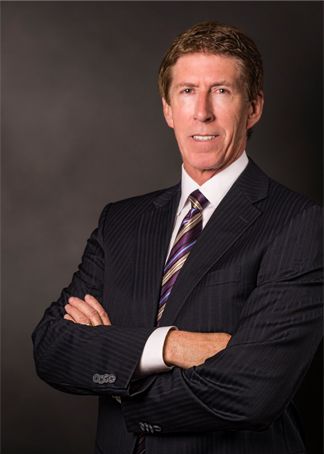 Mark M. O’Mara has been a fixture in the Central Florida legal community since 1982. While he started his career as a prosecutor for the State Attorney’s office in Seminole County, he crossed to the other side of the courtroom and has served as a defense attorney ever since. Mark is one of the very few lawyers in Florida who is Board Certified in Criminal Trial Law and Marital and Family Law, he is certified in Collaborative Law and he is a Supreme Court Certified Family Mediator and Circuit Civil Mediator. He has practiced in both state and federal courts throughout the eastern seaboard and has co-counseled on matters throughout the nation. As a trial consultant, Mr. O’Mara helps other lawyers perform at their peak in trials with complicated legal issues and intense media scrutiny.

While leading the high-profile defense of George Zimmerman, Mr. O’Mara received acclaim for his even-handed management of the controversial case. His on-camera experience during the trial won him a spot as a CNN legal analyst, a position he has proudly held since 2013. Since the verdict, Mr. O’Mara has decided to use his voice to contribute to the national conversation about race, guns, self-defense, the media, and the criminal justice system and he speaks frequently on these topics.

Moreover, he started a non-profit organization called Justice Outreach, designed to identify and fix problems with the justice system, particularly in juvenile justice, and he is an advocate for change in state and national laws that lead to the over-prosecution of American citizens, whether it be by unbridled prosecutors or inappropriately applied minimum mandatory sentencing schemes.