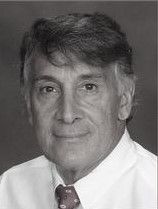 Attorney Casale graduated first in his class, with distinction, from the University of Illinois College of Law in Chicago, and thereafter earned a master's degree in political science from Harvard University and an LL.M degree, with distinction, at the London School of Economics and Political Science. He served as an Assistant State's Attorney in Cook County, Illinois, and then as an Assistant United States Attorney before relocating to Connecticut and starting his own practice. In addition to client representation, Attorney Casale is an adjunct professor at the University of Connecticut School of Law, teaching the school's first course on capital punishment.

Martindale Hubbell has awarded Attorney Casale its highest rating in legal ability and ethical standards for the past 35 years. Attorney Casale has been listed in The Best Lawyers in America since 1986 and was selected as White Collar Lawyer of the Year in 2012, 2014, 2015 and 2017. He has been named a Connecticut Super Lawyer since 2006, and in 2009 he was inducted into the American Trial Lawyers' Association top 100 Trial Lawyers.