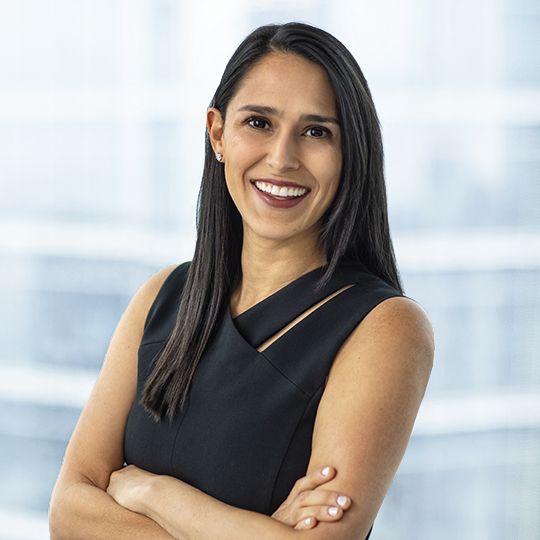 Zina Bash is a Partner at Keller Postman LLC, where she founded the Public Institutions practice and helps oversee the firm's mass actions. She is an experienced lawyer and policy advisor who has served and worked with public institutions at the highest levels of federal and state governments.

Before joining Keller Postman, Zina was the Senior Counsel to the Attorney General of Texas, who led one of the largest Attorney General offices in the country. In that role, she helped oversee matters on behalf of the State's 30 million residents for harms caused by opioid manufacturers and distributors, Big Tech companies, auto manufacturers, other large corporate defendants, and the federal government. As part of her duties, Zina advised the Attorney General on litigation strategy, and on whether and where to initiate affirmative litigation. She participated in matters spanning a range of subjects, including consumer protection, environmental law, and constitutional law. In addition, Zina counseled state agencies, state officials, and municipalities on critical legal issues.

Earlier in her career, Zina worked as a legal and policy advisor in the White House; as senior counsel to the Senate Judiciary Committee; and as a law clerk in the D.C. Circuit and the U.S. Supreme Court.

Since joining Keller Postman, Zina has helped lead several complex civil actions, including an MDL on behalf of 17 States and their citizens against Google for antitrust and consumer-protection violations, and several putative class actions against Amazon for unlawfully inflating prices across online marketplaces. Zina also represents the State of Texas in its privacy suit against Meta, where the State is seeking $300 billion in civil penalties, and she helps represent several public institutions in national opioids litigation,
Zina has received several awards for her work, including an award for minority women in leadership positions by Profiles in Diversity Journal. She has been named a Plaintiffs' Attorney Trailblazer and an Elite Woman of the Plaintiffs' Bar by The National Law Journal, and a Trailblazer in the South by The American Lawyer.